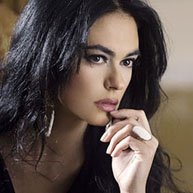 This year marks the 20th anniversary of the making of Il Postino -The Postman-. This fantastic film score, was created by the Argentinean composer Luis Bacalov. The bandoneon, made worldly famous by Bacalov's con national Astor Piazzolla, is used extensively during the piece. The guitar plays the main theme shortly during the film and I transcribed it exactly adding only a small introduction and coda -based on the original score- to allow for closure in the piece. The film brings together some of the greatest forces of life and the music magically bonds them all together. Pablo Neruda, the 1971 literature Nobel prize winner, helps Mario (Massimo Troisi), who plays the postman, to write the greatest poetry to win Beatrice's heart (Maria Grazia Cucinotta). The music is in a way the poetry in music and it is hard to hold the tears during the touching moments in the film. Massimo Troisi died shortly after the making of the film and could not receive his well deserved Oscar personally. The opening section of the score is played by strings and I find harmonics on the guitar to deliver the same feeling of spirituality... The same harmonic can be found on a different fret and string of the guitar. I chose the most texture-similar for my instrument.

As soon as the harmonics section is finished, the main melody begins. As the notes are played on the first second and third string, they are echoed by a cello type of accompaniment on the fourth, fifth and sixth strings respectively.