White Lion, "When the Children Cry" 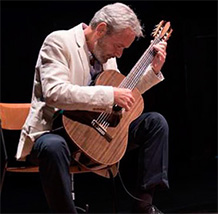 The 1980s saw a huge new music style appear that conquered the "not-so-convinced people" about Hard Rock and Metal... the new Style was "The Power Ballad". As the name implies, the style had both musical  elements very present: The Ballad Style with the juice that a metal group would add to the otherwise typical strings and winds accompaniment. White Lion was a Danish/American rock band that was formed in New York City in 1983by Danish vocalist Mike Tramp and American guitarist Vito Bratta. Mainly active in the 1980s and early 1990s, releasing their debut album Fight to Survive in 1985. The band achieved success with their No. 8 hit "Wait" and No. 3 hit "When the Children Cry" from their second album, the double platinum selling Pride. The band continued their success with their third album, Big Game which achieved Gold status and their fourth album Mane Attraction which included a supporting tour. White Lion disbanded in 1992 and not long after their first compilation album, The Best of White Lion was released.